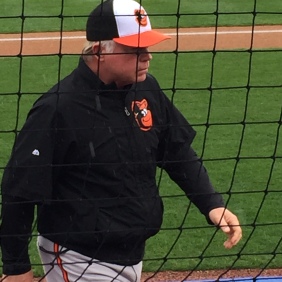 As we approach the beginning of Spring Training, the Baltimore Orioles find themselves in a familiar place.

Once again, the national media — and most statistical projections — are calling for the Orioles to finish well below .500…and near the bottom of the American League East.

Yet for the last five years, Buck Showalter’s Birds have managed to win more games than any other team in the American League.

The debate over the value of those projection systems — and media prognostications — is best saved for another day.

But here’s what I was wondering:

Where do these Orioles of the last five years rank in terms of all-time great Orioles teams?

We all know that there wasn’t a whole lot of winning done at Camden Yards from 1998 through 2011.

So the last five years — and the O’s .548 winning percentage over that span — certainly feels like a great run.

But does that five-year stretch only feel so good because it followed a miserable stretch of nearly a decade-and-a-half of losing baseball?

I decided to do some quick math to see just where the 2012-2016 Orioles rank in terms of great clubs.

What I found was interesting.

There have been a total of 59 “stretches” of 5 years since the Orioles moved to Baltimore in 1954.  (I’m counting the ’54-’58 Orioles as the first official five-year “stretch” for the purposes of this exercise, so we aren’t including any of the St. Louis Browns teams that preceded the Birds.)

You can scroll down to view the entire ranked list of five-year “stretches”…but here are some highlights:

So what does this mean?

Is it possible we’re a little too happy with the O’s stretch of .548 baseball over the last five years?

On the one hand…yes — it’s clear that based on club history we should demand a little more, both in terms of winning percentage and league championships.

But on the other hand…they have won more games than any other American League team during that time period. So they must be doing something right.

I think what it speaks to, more than anything, is the parity that we’ve seen in Major League Baseball over the last decade. Without any truly dominant teams, a relatively modest .548 winning percentage stands out as a mark of consistency.

In addition, the expansion of the playoff format has allowed the O’s to claim “postseason” status in three of the five years…while at the same time winning just one division title.

As to what the 2017 season will bring…your guess is as good as mine. (And, clearly, our guesses are probably better than the experts’ best guesses.)

So here’s hoping that the 2017 season is good enough to warrant an analysis of the team’s best six-year stretches a year from now.

Here is the full list of five-year stretches, ranked from best to worst.