Last week I had the chance to head to Florida for some Spring Training baseball.  As part of my trip I saw five games – in five different ballparks – in four days.

Aside from the perfect weather and cold beer, there were a number of interesting Oriole-related nuggets from the trip.  To be clear…these are not things I “learned,” as it’s impossible to learn much in such a small sample size.  But there were some observations I was able to make…and here they are in no particular order:

1. Chris Lee looked great against the Pirates. In three innings of work, Lee gave up only one hit – a double to Starling Marte – and allowed just one run when Marte scored on Manny Machado’s error. But aside from that, Lee allowed nothing else – striking out two and enticing seven ground ball outs against Pittsburgh. Aside from the results, Lee looked like a pitcher in control – working quickly, pounding the strike zone and projecting the confidence of a seasoned Major Leaguer rather than a pitcher who has never pitched above Double-A.

2. Chance Sisco is doing a lot of observing. I only saw the Orioles’ next potential long-term answer at catcher hit once during my trip – he flew out to left against Pittsburgh’s Jared Lakind – but I did notice that he spent most of his time at games in Sarasota and Bradenton on the Orioles’ bench, rather than in the bullpen. 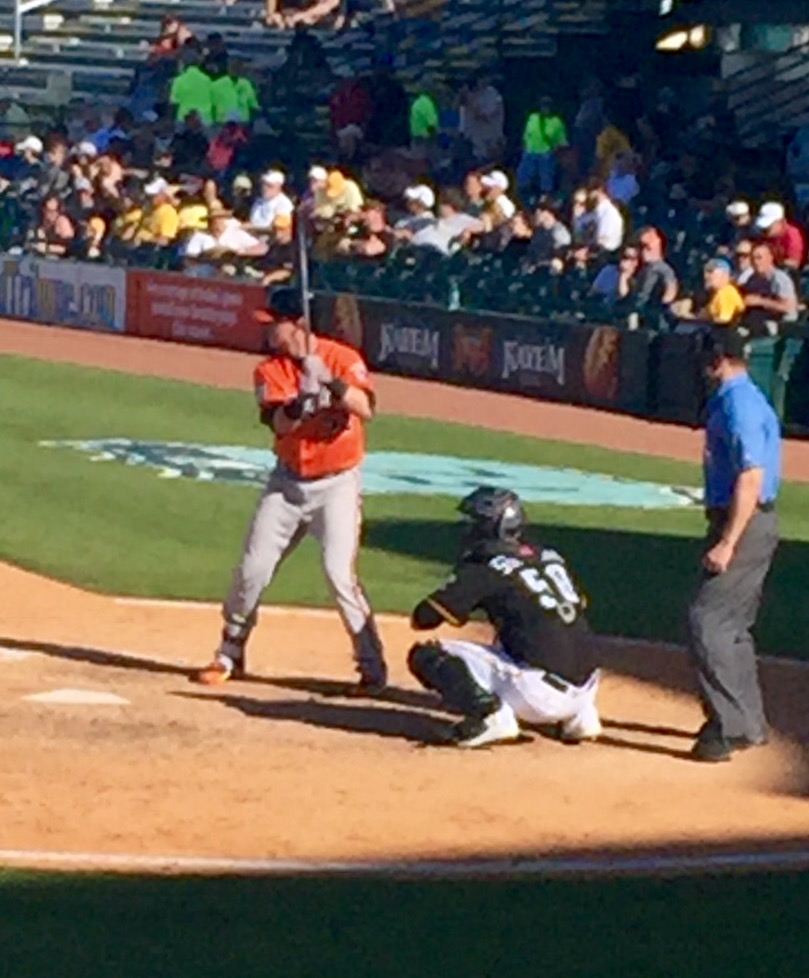 I’m guessing that was by design – as Sisco was near bench coach John Russell most of the times I glanced into the dugout.  In the NFL, you hear a lot about players getting “mental reps” at practice when they aren’t on the field…and it looks like Sisco is getting an education from the Major League coaching staff while he’s in camp this spring.

3. Hyun-Soo Kim looks much more comfortable. We all remember just how lost Kim looked at the plate in his first spring training with the Orioles. This year he looks like a much more confident player. In Sarasota Kim was joking with teammates in the outfield before the game – looking like someone who fit in perfectly rather than a curiosity from a faraway land.

And in Bradenton, Kim went 2-for-3 with a pair of singles as the leadoff hitter, showing discipline at the plate and making solid contact. While it remains to be seen how many opportunities Kim will get against left-handed pitching this season, he looks like a veteran player ready to play a key role on this team.

4. Pirates employees thought the O’s might be a no-show on March 3. This was a strange development. Upon entering Lecom Park in Bradenton (formerly McKechnie Field) at around noon on Friday for the 1:05 p.m. game – and wearing Orioles’ gear – I was told by Pirates employees that the O’s hadn’t yet arrived from Sarasota. And some went so far as to joke that the team may not show at all. A quick check of the team’s social media accounts revealed that the O’s took their pre-game practice in Sarasota – and then enjoyed a private concert in their home locker room from country duo LoCash – before hopping on the bus for the short trip to Bradenton.  But it was a bit strange to see players arrive – some in their own cars, such as Hyun-Soo Kim and others via the team bus – at 12:15 for a 1:05 game. 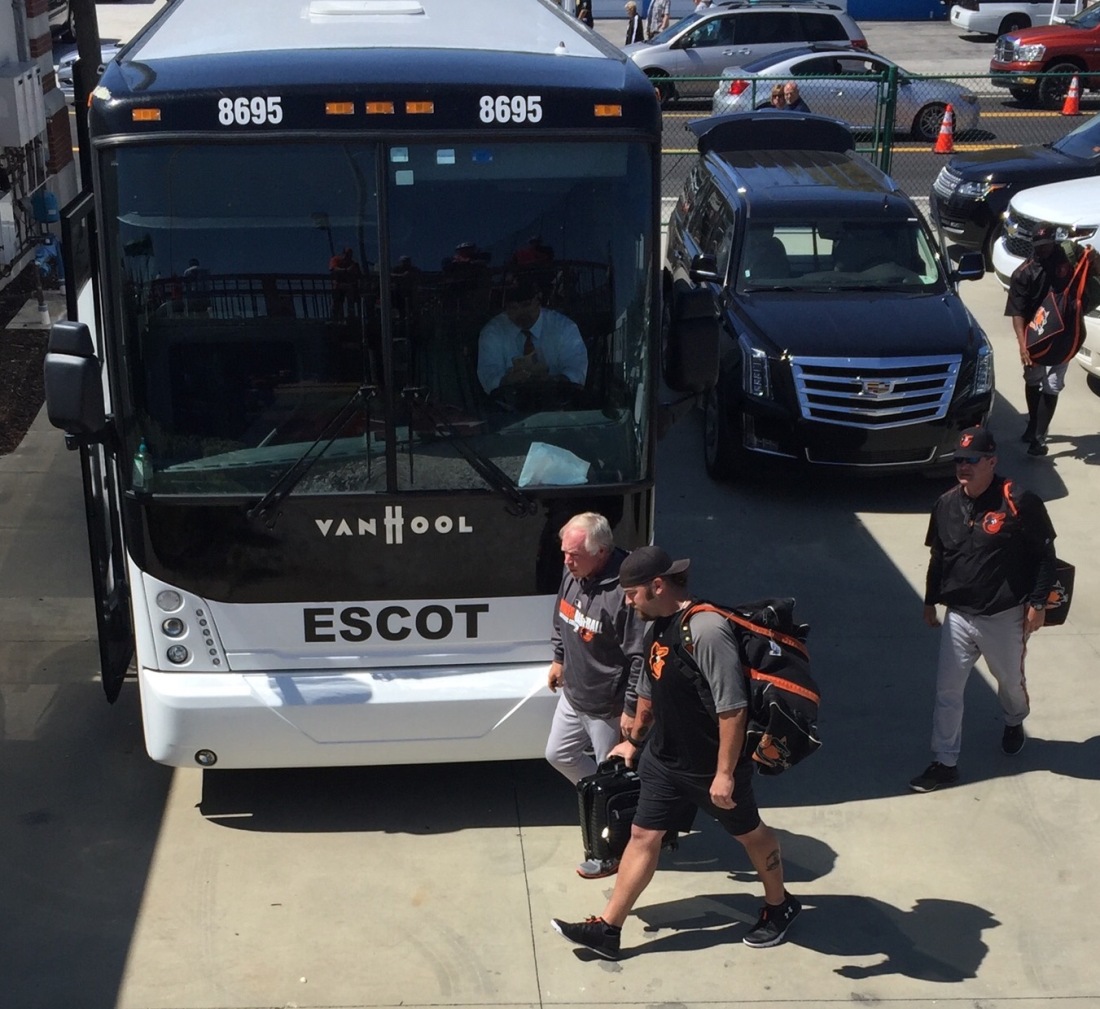 And manager Buck Showalter arrived – in an SUV that looked to be driven by bullpen coach Alan Mills – at 12:35…just a half-hour before game time!

5. Welington Castillo will take some getting used to – just in stature alone. While the O’s new catcher looked fine behind the plate and while hitting in the two games I saw him, it’s a bit strange seeing a “normal-sized” catcher behind the plate. 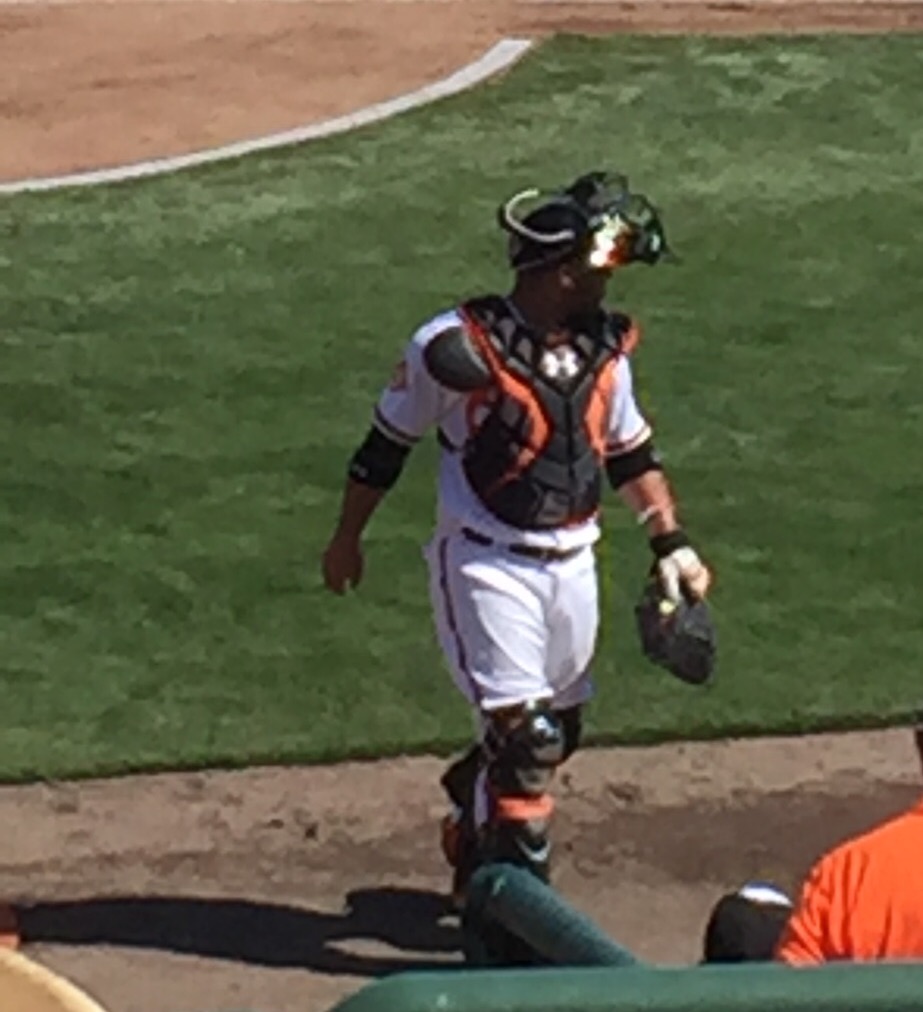 Castillo is listed at 5’ 10”…which is a bit of a change from the 6’ 5” Matt Wieters.  And now with Castillo off to the World Baseball Classic, I hope the Orioles’ pitchers make a quicker adjustment to Castillo when he returns than my eyes have so far in just a handful of games.

6. Tyler Wilson was impressive against the Yankees. On March 2, Wilson was one of the few recognizable faces in the Orioles’ split squad lineup at Tampa, but he was effective and efficient in three innings vs. the Bronx Bombers. Wilson allowed just one hit – a long home run to veteran Matt Holliday – but otherwise pitched well. Wilson struck out two, got five ground ball outs and two pop-outs against a lineup filled with Yankees’ regulars. 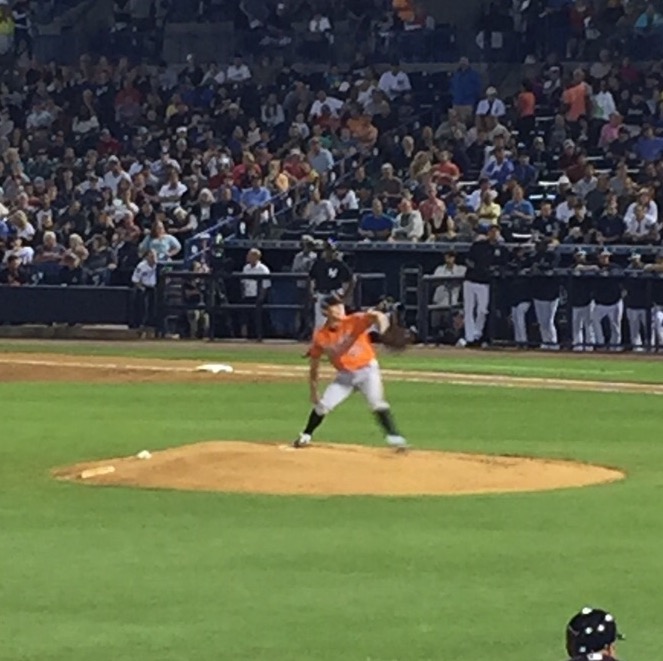 While I make no predictions about Wilson being great in 2017, if he continues to pitch well he could find his way to Baltimore in the long relief/swingman role. He may not miss a lot of bats, but he does throw strikes…and that could make him valuable in that long relief role. 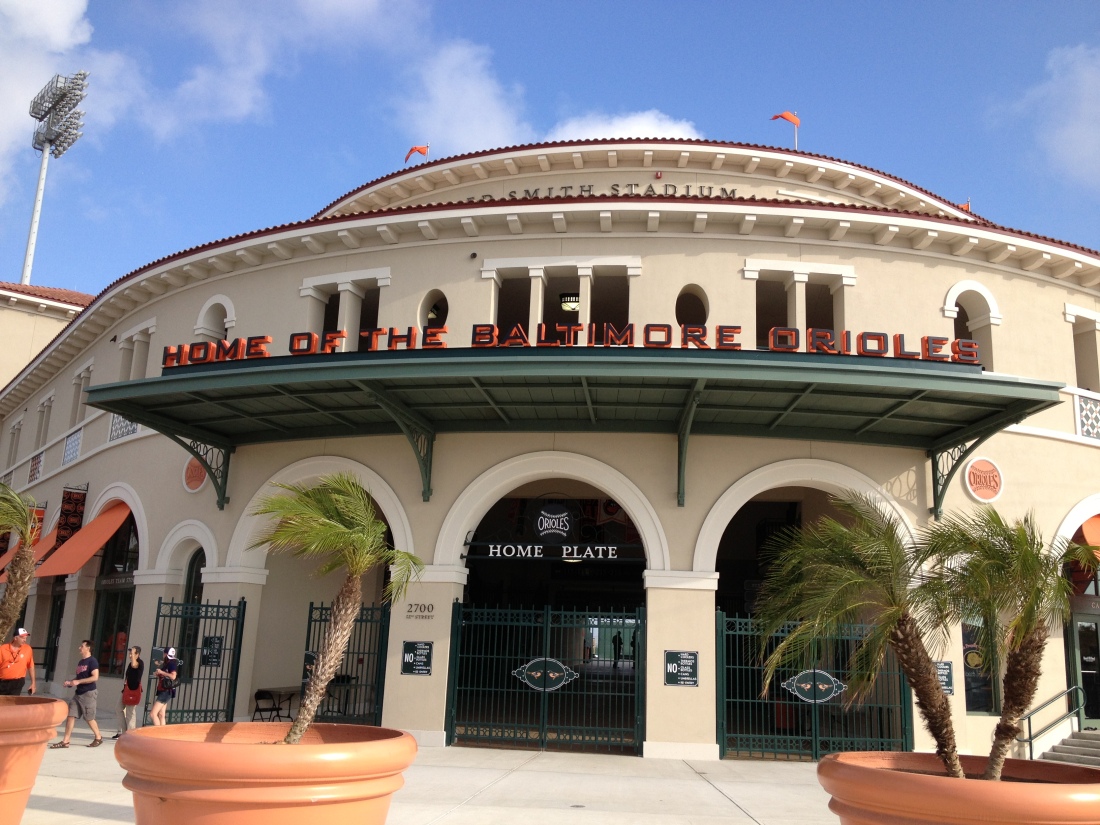 The first, and most obvious, upgrade would be to add a boardwalk – or a walking path of some sort – behind the outfield wall that allows fans to walk around the entire ballpark.  This was a great addition to Lecom Park (formerly McKechnie Field) in Bradenton before the 2013 season…and has been a prominent feature of the Phillies’ ballpark in Clearwater.  With the Yankees adding first-come, first-serve outfield seating – and the ability to walk around the outfield wall in Tampa – Ed Smith Stadium feels a bit behind the times now without this feature.  (With that said, the left field bar area at Ed Smith Stadium feels like one of the hidden treasures of Grapefruit League ballparks.)  Another great potential upgrade for Ed Smith Stadium would include post-game live music near the left field bar area and a mini “monument/statue garden” featuring Orioles’ greats somewhere outside the park.

Other observations – I only saw Adam Jones for three at-bats, but he hit a home run and double and looked like a player who started spring training three weeks ahead of everyone else…In the March 1 game vs. Boston, the O’s actually kept Mookie Betts in the ballpark – but since it wasn’t Camden Yards I’m still terrified of seeing him in Baltimore this spring…It’s been written in a few places so far this spring, but Rule 5 pick Anthony Santander’s batting stance is truly an exact replica of Victor Martinez…Infielder Sean Coyle is listed at 5’ 8” but looks even smaller…so it was shocking to see him belt a monster three-run home run to left field on March 1 off Boston’s Fernando Abad – probably the longest drive I saw in five games in Florida…The O’s other Rule 5 selection – outfielder Aneury Tavarez – brings a lot of athleticism but I’m not sure if he’ll hit enough to make the team…Wade Miley’s injury looked disastrous at the time and sent plenty of people scurrying. From my seat behind the O’s third base dugout I saw Sun reporter Eduardo Encina race behind Miley and trainer Richie Bancells to the clubhouse down the left field line…and I saw Executive VP Dan Duquette quickly leave his seat in the front row – presumably to find out how serious the injury was.  Luckily it seems as though the injury isn’t that serious and Miley will be fine for his next start…but for a brief moment it looked like a potential nightmare was unfolding.

One thought on “7 Observations from Orioles Spring Training”